Posted on December 2, 2015 by katiequirkauthor 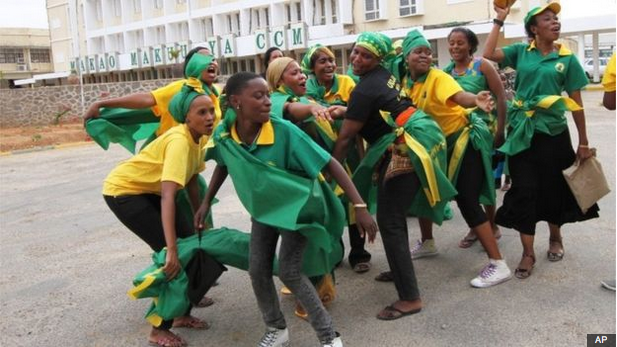 Magufuli grew up herding cattle for his poor family, and he seems bent on putting a stop to corrupt spending. Right after he was sworn in, Magufuli slashed budgets for an upcoming independence day celebration and for politicians’ foreign travel and parties. Instead, he has invested that money in efforts like sanitation to prevent cholera and hospital equipment.

I asked my friend Modesta, whom A Girl Called Problem is dedicated to, what she thinks of his first month in office. We were just chatting informally, so please excuse Modesta’s casual English:

Ya, President Magufuli started up very well. Making sure thr is free education from form one to form four. No charges. During Kikwete’s time [the last president] he said primary education was free, but students had to pay lots of contributions. With President  Magufuli everything is free. He is making sure investors pay tax. He is hunting down all people who misused Tz money for their own interests. He is improving facilities in hospitals. And reducing public holiday expenditures and officials traveling abroad unnecessarily. All in all, so far so good. People love him. They say Nyerere is back!

Even Twitter has caught onto Magufuli’s cost-cutting measures with endless What Would Magufuli Do? tweets. Check out these two: 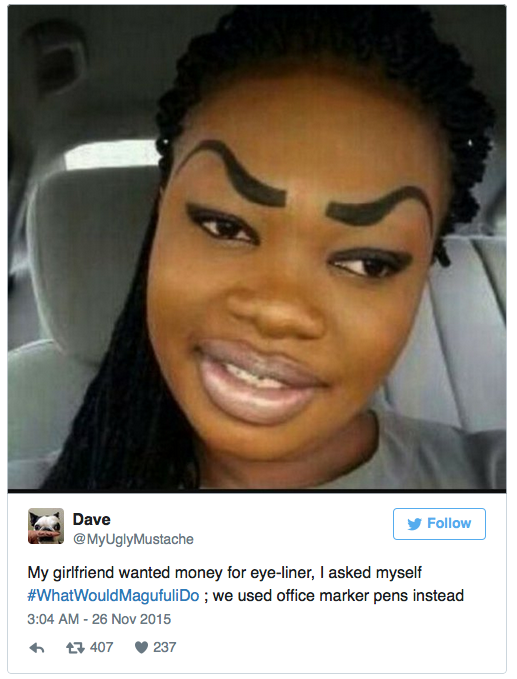 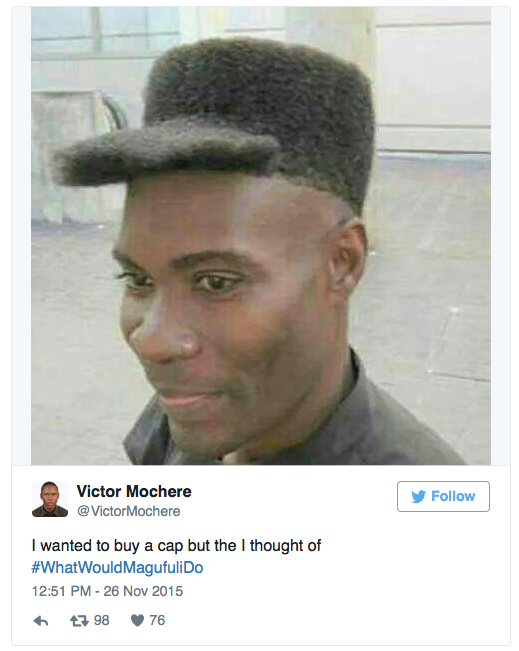 So, next time you feel tempted to spend your money on something you don’t really need, ask yourself, “What would Magufuli do?”