Posted on October 23, 2015 by katiequirkauthor

If you’ve read A Girl Called Problem, then you know a good deal about Tanzania’s early political history. In fact, you should be able to tell a friend:

As you know, A Girl Called Problem focuses on a small portion of the first decade of Tanzanian independence–the 1960s. It turns out Nyerere stayed in power for quite a while longer–some would argue too long–having been first elected as the unified nation’s president in 1965 and then retiring in 1985. At that point, Tanzania only had the one political party, which Nyerere had formed: CCM. Imagine what politics would be like if your own country had a single political party–say, the Democratic Party, OR the Republicans, OR the Tories, OR the Greens. Importantly, though, there would only be one party. 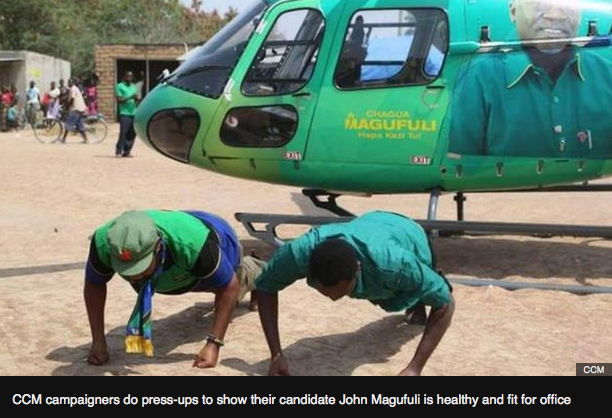 A decade after Nyerere’s retirement, Tanzania introduced a multiparty political system, and as a result other political parties were introduced to the ballot. Nevertheless, to date, Tanzania has continued to elect only CCM presidents. That could change this weekend when Tanzania holds its 2015 national election. This time, several of the smaller parties have joined forces under the coalition name Ukawa. Now the question is whether Tanzania will elect a CCM president or an Ukawa president. The CCM candidate looks like he has the upper hand, but that’s not certain.

One thing is certain, Tanzania democracy has been enlivened by this election. In the 54 years since Tanzania achieve its independence, the country has only seen four presidents. That’s not a lot. This election looks to shake things up a bit.

*For those of you who haven’t read A Girl Called Problem, here are the answers to the questions above: