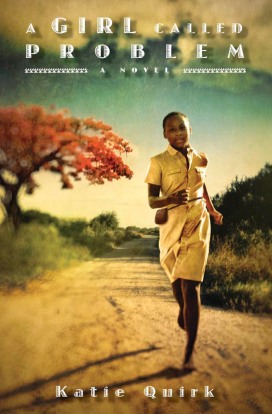 Life for thirteen-year-old Shida in her rural Tanzanian village, Litongo, is full of problems, the least of which is that her name means “Problem” in Swahili. Shida’s dad is dead, her mom is depressed and rumored to be a witch, her family is cursed, and now people are saying it’s time she got married!  So, when the elders of Shida’s village make a controversial decision to follow a government plan to move the village over the hills to Njia Panda, Shida is happy for the change.  In Njia Panda, Shida studies at a school for the first time.  She gets to hone her natural healing abilities by apprenticing to the village nurse, and with all of her new responsibilities, there’s no time for getting married.  But someone or something in Njia Panda doesn’t want Shida’s people there.  The villagers’ cows are mysteriously let loose in the middle of the night, the crops are failing, and someone dies. The attacks get so bad that Shida’s people may have to return to Litongo.  That is, unless Shida can figure out who or what is sabotaging their move and bring an end to the curse.

Follow the links above under the A Girl Called Problem menu for all sorts of extras: videos, discussion questions, photos, and more.